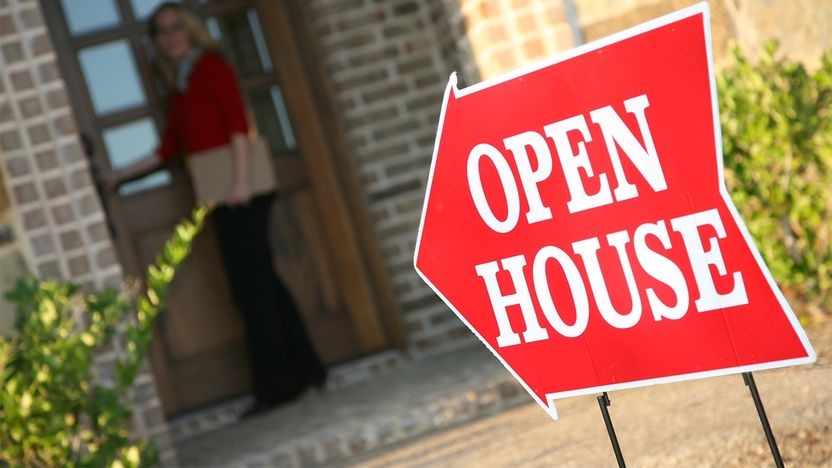 ‘Did I Miss the Top of the Market To Sell?’ What To Consider If You’ve Been Waiting in the Wings

Over the past couple of years, buying and selling a house has become a form of gladiatorial combat, defined by adrenaline-driven bidding wars and heart-pumping prices. Most of the time, sellers were giddy and buyers were dejected.

Then came the interest rate hikes and inflation pressures. Those factors have buyers thinking twice about whether purchasing a home now is a sound financial decision.

Recently, the Mortgage Bankers Association reported a startlingly steep decline in mortgage applications: down 21% year over year, sinking demand to its lowest level in 22 years.

Many would-be home sellers are greeting all of this news with understandable consternation. If you’re a homeowner who’s been waiting in the wings to sell your home, you might be asking yourself, “Did I miss the top of the market?”

The answer is more complicated than a simple yes or no. Read on for context and perspective from experts.

Sellers shouldn’t necessarily be alarmed by the rise in interest rates.

It’s true that the market might be slowing down, but most homes are still selling quickly at or above the list price.

“The market still favors sellers more than it historically has during this time of the year,” says McElroy. “We’re in a weird situation where demand is lower than it was in 2021, but there are still even fewer homes for sale than there were last year.”

Watch: Will Buying a Home Get Even More Expensive? Another Interest Rate Hike Has Buyers Scrambling

The market might be coming off its irrational high, but housing inventory is still at a historic low.

“Sellers may feel like they missed the top of the market because of the increase in interest rates, but the supply of homes for sale is still very low, at about 50% less than pre-pandemic levels,” says Bill Samuel, a real estate developer who specializes in rehabilitating houses at Blue Ladder Development in Chicago.

Find out what selling options are available for your home. Enter your address and answer a few questions to get started.

But home showings are definitely down

“I’ve noticed a significant shift between the beginning of the year and today with listings, and also listings my buyers are going after,” says Julian Schwertz, real estate consultant with eXp Realty in Woodlands, TX. “We went from 20 to 50 showings in one weekend and anywhere from five to 10 offers on average, to maybe 10 showings over the course of a week and one to three offers.”

“My company used to get 10 to 15 offers on most houses,” Kern says. “Now, even for a good house, I’m seeing between two and five. Requests for home tours and viewings are down 8% year over year, the largest decline since April 2020, when the pandemic hit and put a temporary halt on homebuying.”

Time is of the essence

If you are serious about selling your home, experts suggest acting now while the getting’s good.

“Cracks are beginning to emerge, and a market correction is widely expected in the coming months,” says Marie Bromberg, a licensed real estate salesperson with Compass in New York City. “If you are considering going to market, the time is now while the market is still active. Don’t wait for the end of the year when the market could be—and will likely be—correcting.”

If you’re ready to sell, make sure your house looks its absolute best.

“Sellers may not be seeing 30 bids or getting $500,000 over the asking price, but there are a lot of buyers out there who waited out the frenzy and are ready to jump back in,” says Hillary Landau, a real estate agent with Hillary’s Home Team at Compass in Briar Manor, NY. “These are educated buyers who know what they’re looking for. For sellers, that means you need to put your best food forward. Price the home fairly at the outset, and stage it to sell.”

Hesitant sellers can try renting out their home

If you’re unsure how to proceed, you might want to consider renting your home out, instead of selling it.

Brad Cummins, owner and head of finance at Insurance Geek in Richfield, MN, says it’s a strategy he came upon after failing to sell his own home.

“I began the process of selling my house this February, and I got 13 leads,” Cummins says. “As I was set to sell my house at a positive return, the Fed announced a 0.75% increase in interest rates. The buyer decided to pass.”

Since then, Cummins has listed the home multiple times but has not received offers he can feasibly entertain.

“At this point, I would advise homeowners to invest in property maintenance and try commercial renting,” he says. “Renting can make a good passive income, and then you can put your house up for sale when the markets return to normal.”

Keep in mind buying and selling a home is about more than just money. Only you will know when it’s the right time to sell—and you can do only so much to make it coincide with a hot market.